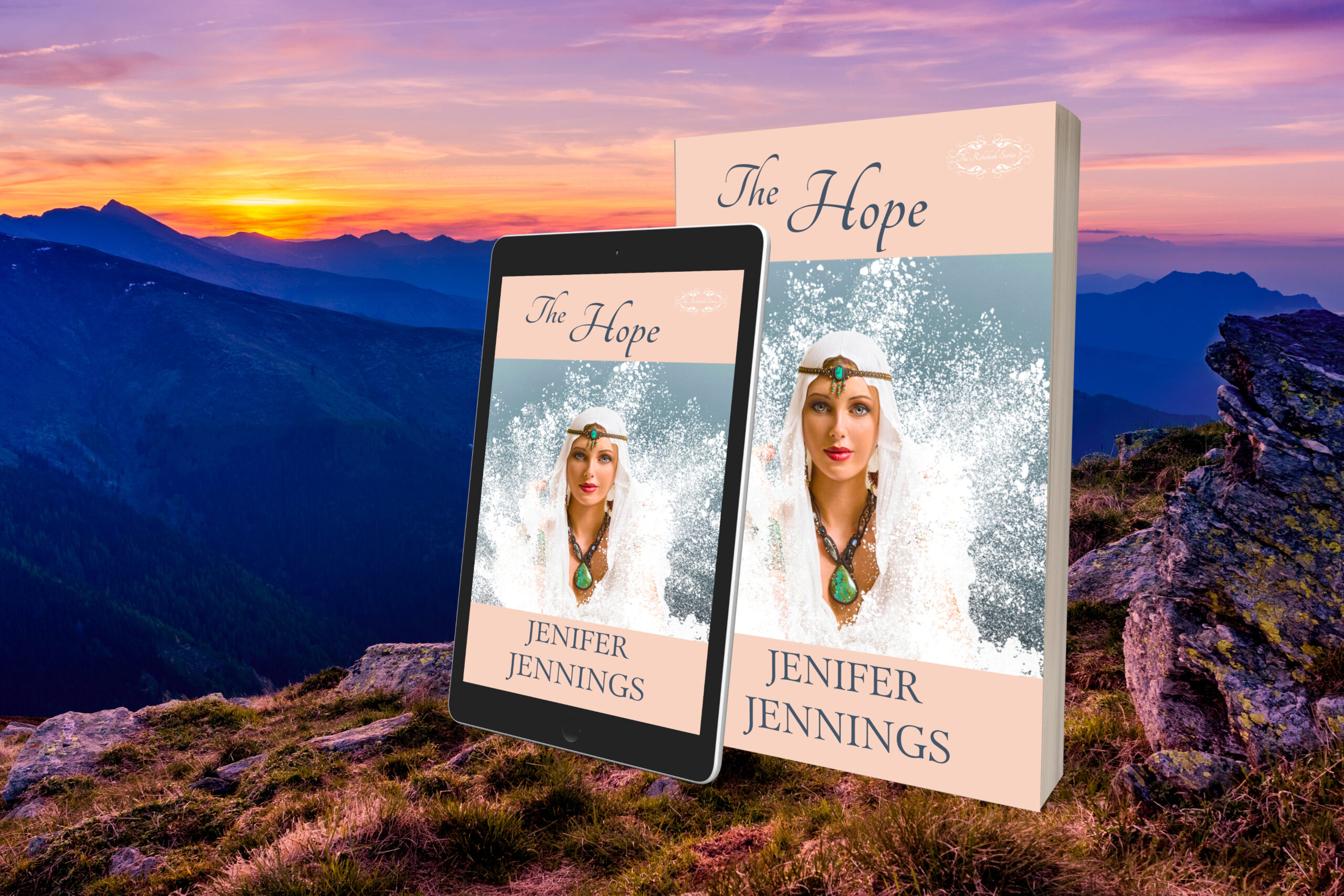 “The children struggled together within her, and she said, ‘If it is thus, why is this happening to me?’…”
-Genesis 25:22

Rebekah tried to lean over her expanded belly to reach the dough that sat in a shallow bowl between her feet. Her fingers barely pressed into the soft ball.

The baby in her womb displayed displeasure at being adjusted with a swift kick to her insides.

“Ow!” She rubbed her stomach.

“Here,” Hadiya pulled the bowl close to herself and pressed her fingers into the pliable mound, “let me do that. You need your rest.”

Rebekah rolled her eyes at her handmaid. “All I do is rest.”

“And look how well it has given your little one a chance to thrive.”

Rebekah rubbed the top of her ever-growing midsection. “Yes, well, this little one better stop thriving or soon there will be no more room left.”

Hadiya chuckled softly while she kneaded the dough.

“How much longer will I have to endure this misery?”

“Misery, is it now?” The handmaiden’s eyes never left her task. “You did nothing but yearn for your womb to be open for twenty harvest cycles and now that Elohim has answered your many prayers suddenly His blessing is a curse?”

Rebekah flinched. As much as she didn’t want to admit it, Hadiya was right. “I didn’t mean it like that. I’m just so…”

“Uncomfortable. I know.” She shook her head. “You’ve wanted so much to be like Eve, but you forgot her deception brought this particular part of the experience upon all mothers.”

“Why did I ever pray to—” Another blow to her inside confirmed Hadiya’s point. Rebekah attempted to adjust herself near the fire, but it seemed no position soothed the baby-to-come. She looked helplessly at her handmaid. “Is there anything that can be done?”

“We can inquire of the other women and see if any of them have ever experienced such.”

“You’re wise beyond your years.” She flinched at another painful internal punch.

Hadiya stood and dusted flour from her hands. “I’ll start now and find Deborah to help finish up these loaves.”

Rebekah bit down on her bottom lip. “Hurry,” she grunted through clenched teeth.

Hadiya rushed toward the nearest tent.

Rebekah tried to reach the kneading bowl, but each movement seemed to gain more protests from her unborn child. A few more blows frustrated her attempts enough to give up and try to stand. She carefully rolled to her hands and knees. Her first efforts were met with internal objections.

A familiar, calloused hand cradled her elbow.  “You should wait for help.”

Rebekah looked up into the cloudy eyes of her nurse, Deborah. “Did Hadiya find you?”

She nodded and set her feet to help with Rebekah’s weight. “She mentioned you were having a rough morning.”

“Rough doesn’t begin to—” She grabbed her aching stomach. “Ow!”

“Let’s get you into your tent.”

“I want to walk around a bit,” she panted through short breaths. “The baby seems a little calmer when I’m moving.” She leaned on Deborah until she was on her swollen feet. With shuffling steps, Rebekah lapped her cooking fire.

Deborah kept her hands on Rebekah’s elbow trying to bear some of her weight.

Hadiya returned with a few women trailing behind her. “These are the most experienced mothers I could find.”

Rebekah nodded to the group. “Ladies, any help you could offer would be greatly appr—” Pain sent her doubled over, forcing her hands to her knees.

“Labor?” One woman stepped forward and placed a hand on the top of Rebekah’s stomach.

“Can’t be,” another argued. “She still has at least another two moon cycles to go before the baby is due.”

“But look at her,” a third protested. “Maybe her count is off.”

“Not labor.” The first shook her head. “The top of her stomach is soft.”

“Possible.” The first woman rubbed her pointed chin. “Though I’ve never seen even false labor come on this strong.”

Deborah rubbed Rebekah’s lower back. “Can you think of anything at all that might explain this?”

The women stood silently filtering through their combined years of birthing babies.

“What is going on here?” A recognizable voice, though strained with concern, called behind the group.

Rebekah looked up to find Eliezer rushing to her side. She reached for him, still unable to straighten to her full height.

He grabbed her hand and shifted her weight to his aged frame. “Mistress Rebekah, you look as white as spun wool. Are you ill?”

She shook her head and pointed to her stomach with her free hand.

His eyes darted to her midsection. “Has your labor begun?”

“We don’t think so,” the first woman with the pointed chin answered. “To be honest, none of us know what is happening to her.”

“Has anyone called Master Isaac from the fields?”

“Go then. Tell him his wife needs him.”

Two of the women picked up the hems of their dresses and headed in the direction the shepherds had set out for only hours before.

“Now, you two,” Eliezer turned to Deborah and Hadiya, “get the Mistress some fresh water and make sure she has a comfortable spot in her tent. I’ll escort her in.”

“I’m well—” Rebekah tried to speak, but the pain overtook her words again.

He snorted. “If you’re fine, then I am a bright-eyed boy.”

She chuckled despite her agony. No matter how old Abraham’s most trusted servant got, his eyes still reminded her of a handsome youth he must have been so long ago.

“Come,” his tone took on that of a decisive leader, “I’m taking you into your tent to rest. When Master Isaac gets here, we shall figure this out together.”

Rebekah wanted to protest further, but the increased pain in her midsection stole her strength along with her arguments. Perhaps a rest would do her some good. She yielded to his gentle leading.

Eliezer turned her toward her tent and helped ease her onto a reed-mat Hadiya had laid out in the open area along with as many soft skins as she could find. “There now, just rest. Your husband should be along shortly.”

Rebekah didn’t know how long she had been asleep, but the sound of Isaac’s voice woke her. She opened her eyes to find him sitting on one side of her while Eliezer sat on the other.

A hint of teasing played at Isaac’s lips and his eyes were soft toward her. “I thought I told you to take it easy.”

“I didn’t make it through one dough ball before your child decided to protest,” her voice croaked through a parched throat.

Eliezer slid his hand under her head to raise it slightly and lifted a cup to her lips. “Drink.”

She parted her lips and took in the cool water, draining the cup.

“Now,” Isaac adjusted his legs, “tell me what has brought me from the fields.”

Rebekah shook her head. “I’m not sure. I’ve been in such terrible pain lately.”

“Pain is a natural part of childbearing.”

Her attention drifted toward the fluttering tent flap. “The other women think it odd as well. I think this is something different.”

Rebekah turned to look him in the eyes, but his focus had shifted toward the servant. She licked her lips. “Is there a way to…I mean…Abraham can…”

Both men stared at her with concern etched on their faces.

She dropped her gaze. “Can we ask Elohim?”

The servant’s eyes darted to the ceiling and back again.

She scrunched her brow. She knew the old man well enough to read him like a scroll. “So, there is a way?”

Isaac shook his head. “I know Abba hears Elohim, but it is usually Elohim who speaks to Abba, not the other way around.”

Eliezer closed his eyes and let out a long breath.

He turned his attention to her. His eyes were bright and kind.

“Do you know something?”

He gave a short nod.

“There is another who might be willing to hear such a matter and would be able to entreat Elohim for you.”

Isaac leaned over Rebekah. “Who?”

“Melchizedek.” Eliezer’s focus moved to Rebekah’s midsection. “He is Priest-King of Salem. Abraham encountered him on our travels. He is said to be very wise and seeks Elohim on matters such as this.” His gaze shifted to Rebekah’s. “It’s a slim chance.”

“At this point, I’ll take any.” As if to confirm her words, a kick came from inside her womb.

“But Salem is far.” Isaac shook his head. “And I can’t leave at this time in the season.”

Eliezer bowed his head. “I will be honored to escort Mistress Rebekah.”

“That’s thoughtful of you, but should she really be traveling this close to her time?”

Isaac curled inward. “I guess that settles the matter.” He straightened. “By the way, Eliezer, what brought you to Beerlahairoi to begin with?”

He smiled and looked up to the ceiling. “As a matter of fact, Abraham sent me to check on Rebekah since he had received no news of her progress.”

Isaac rubbed the back of his neck. “I guess I’m not very good at sending messages to Abba.” He spread his hands in front of himself. “Life seems to be moving faster than I’d like most days.”

“Speaking of which,” Isaac stood, “I’ve got to get back to the fields.” He looked down at his heavily pregnant wife. “Are you sure about this trip?”

“I know I’m in good hands.” She reached over and squeezed Eliezer’s hand.

“Very well. I’ll leave word with the servants to prepare anything you request, Eliezer.” He moved to the door, but hesitated. “Please, just bring her back safely.”

Eliezer chuckled. “If I managed to bring her all the way from Padanaram, I think we can manage a trip to Salem and back.”

Pain flashed in Isaac’s eyes. “But as I recall, it wasn’t an event-free journey.”

“You can trust me, Master Isaac.” Eliezer didn’t show any sign of the painful truth hitting its mark. “I will guard your treasure with my very life.” He squeezed Rebekah’s hand.

Isaac's demeanor eased. “I know you will.” He turned and headed out of the tent.

Rebekah sat up. “Well, if we are serious about heading out as soon as possible, we’d better start preparing.”

“You rest.” He put a gentle hand on her shoulder. “I will make all the arrangements.”

She sighed. “At least send in Hadiya. I’m sure she’s not going to let me out of her sight.” 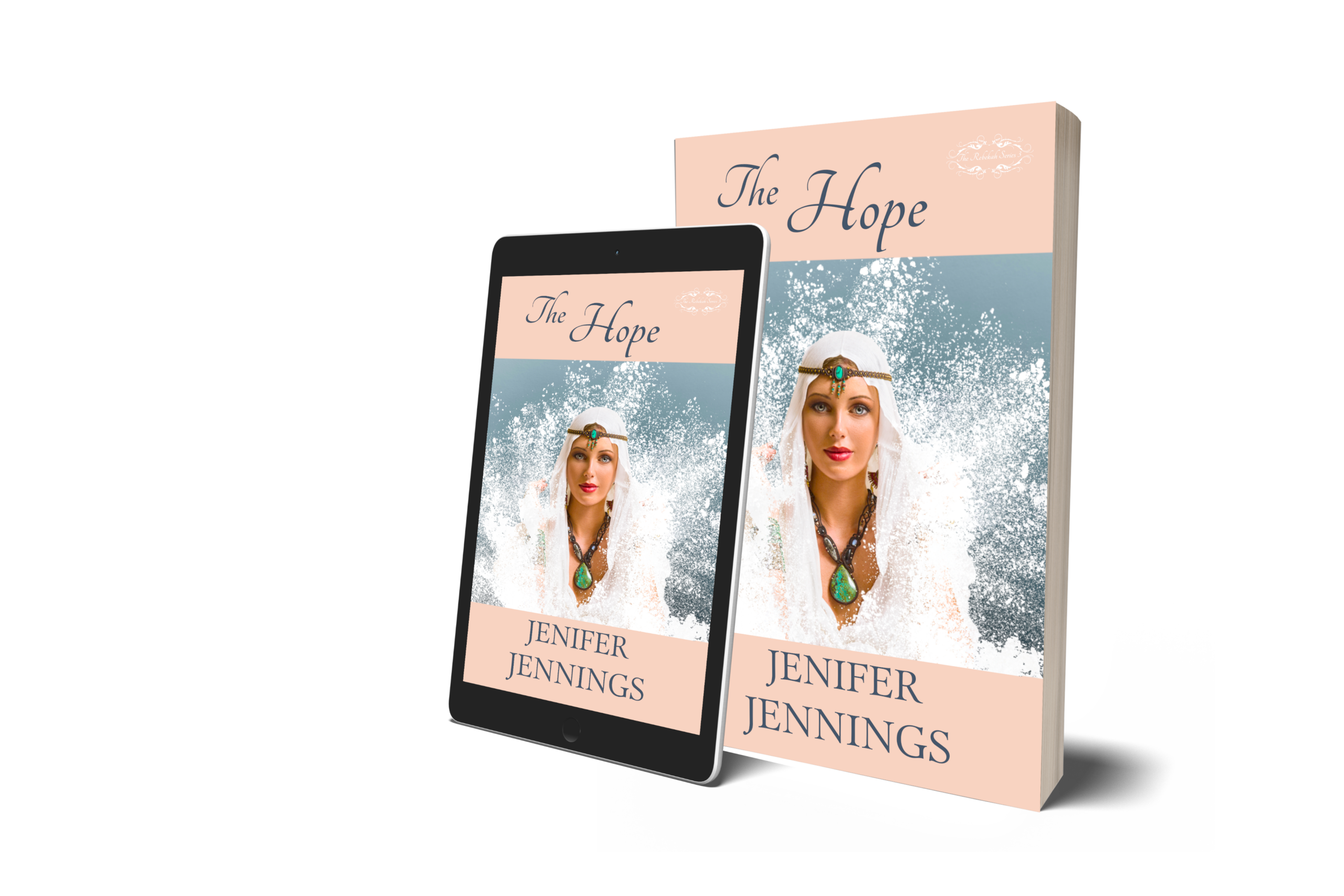