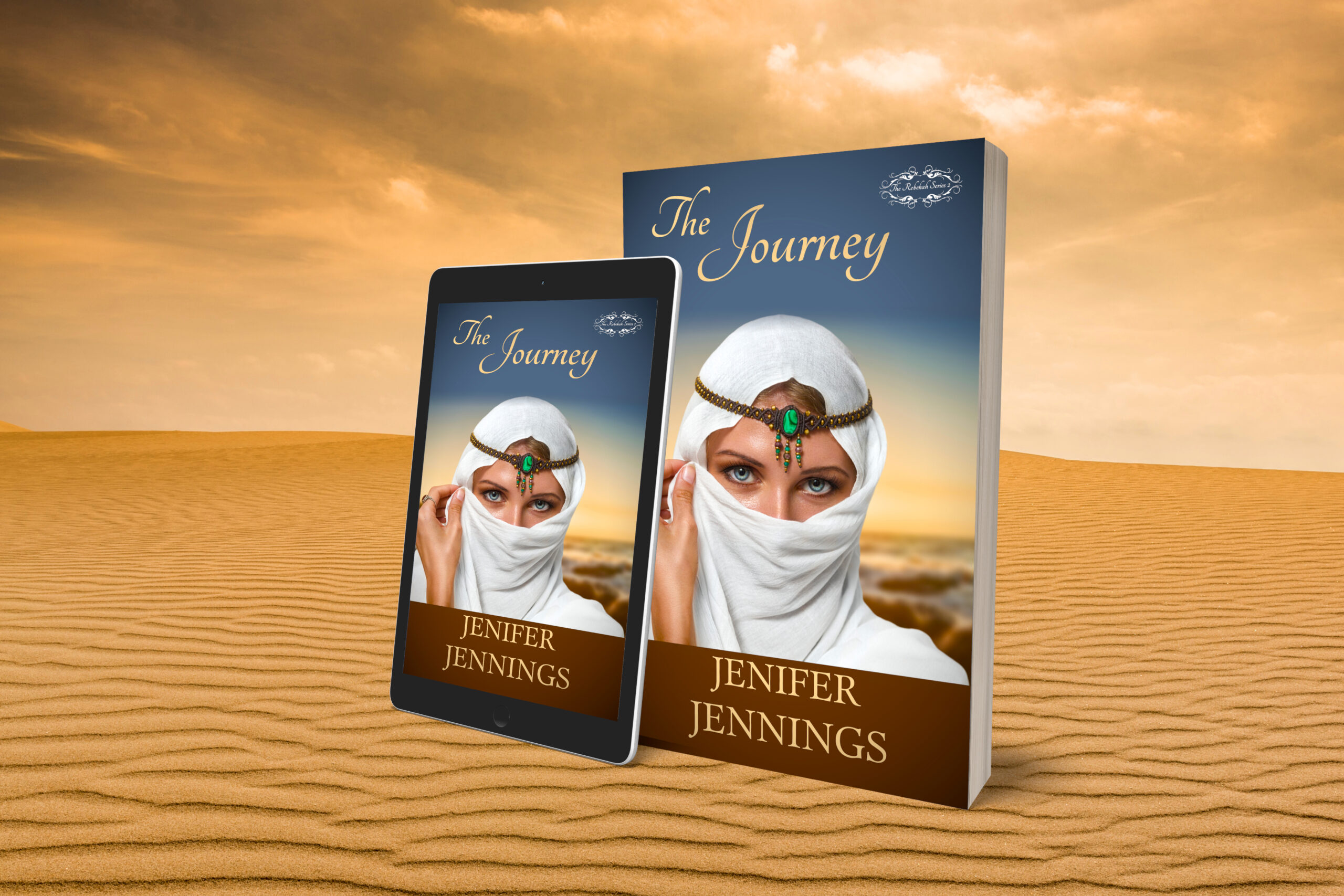 “Abraham took another wife, whose name was Keturah.”
-Genesis 25:1

Joyous shouts rang out all around Isaac. It seemed every ally within traveling distance had come to celebrate his father’s wedding feast. The gathering of people filled the pastureland of Hebron to the brim. Sheep had been moved out of the way to make room for the festivity. Isaac would have rather gone with the livestock than to see his father united with a woman that wasn’t his mother.

Keturah was nice enough for a concubine-turned wife. Her name meant incense, and it was fitting. She was sweet and kind, but she was no Sarah. Keturah was a wafting scent that, although enjoyed for a moment, passed quickly and was easily forgotten. Sarah was like a raging fire that burned big and bright. Isaac missed the fire of his mother. When her flame had gone out, his life seemed darker than night. At least the darkest night had stars, what did he have?

Abraham’s delight could not be contained. He drank and laughed as if Sarah had never spent a day by his side. The old fool acted more like a twenty-year-old receiving his first bride, when in fact, the man was nearing his one hundred and thirty-seventh year. The majority of those years spent with Sarah, who now lay barely cold in a hollowed-out cave in Machpelah.

Isaac emptied his wine cup and motioned for a servant to refill it.

The servant poured fresh wine into the clay cup as Isaac watched on. He didn’t care that he had lost count of how many he’d emptied since the feast began. In one fluid motion, he downed the drink and handed the cup to the servant. He wiped his wet lips on the back of his sleeve and headed toward his father.

With liquid courage lighting a fire in his veins, Isaac set his feet wide. “I’ve come to give the bridegroom a piece of my mind.”

“Enjoy?” he spat the word. “My ima’s body lies motionless in a cave freshly hewn, and you celebrate her by taking this concubine for a wife as if Ima never existed.”

Abraham put his free hand on Isaac’s other shoulder and squeezed. “Please, son. Don’t do this.”

Even under the pressure of his father’s hold, Isaac felt the world shift sideways. “I will speak my mind.”

“You will hold your tongue.”

Isaac lifted his arms between his father’s and broke free of his hold. “You need someone in your life that will speak truth. Your servants do nothing but agree with you.”

The scurry of nearby servants stopped to look to their master.

Abraham waved them on.

“How can you betray Ima like this?” Isaac felt his strength wane and tears fill his eyes.

“I’m not betraying your mother.”

“We buried her only days ago, and now we stand here feasting your new wife.” He dipped his head to Keturah in an exaggerated bow, but the motion caused him to stumble.

A pair of strong arms caught him before he landed in the grass.

Isaac looked up into the face of Eliezer, his father’s oldest and most trusted servant.

“Master Isaac, may I have a word with you?”

“I’m not done speaking with my abba.” Isaac attempted to pull his arm free, but the servant’s grip proved too much.

“It will just take a moment.” Eliezer yanked Isaac away allowing him to stumble along.

“If you don’t unhand me, servant, I will see to it that—”

“You will do no such thing.” Eliezer finally freed him when they were far enough away not to be overheard. “For in the morning, your head will ache too much to remember anything you said this day.”

Isaac rubbed his sore arm. “You know nothing of what I shall remember.”

“I’ve seen too many fools lose their tongues and more over too much wine.”

He crossed his arms over his chest. “Why? Because he chooses to make an honest woman out of Keturah?”

“Because he is replacing my ima, his wife.”

“Your mother is no longer here.”

“What does that matter?”

Eliezer sighed. “It matters to a man who is grieving and lonely.”

“I’m lonely!” Isaac barked. “I’m grieving. What remedy is there for my pain?”

“You see, not even you, the wise Eliezer, can answer.”

“I cannot answer because each man must grieve in his own way. Your father has chosen his. Keturah has been a loyal concubine since your mother fell ill years ago. She has done nothing to usurp her role. None of the fault can be laid at her feet.”

A tremor went through Isaac’s body. Though the wine fueled his anger and bitterness, the words of Eliezer cooled their flames. He pushed his hand through his disheveled hair. “You’re right.” He sighed and held his head. “I need to apologize to her.”

“And to your father.”

Isaac hardened for a moment before conceding. “And Abba.”

With staggering steps, Isaac returned to his father’s side. “Forgive me, Abba. My words were unnecessarily harsh. I shouldn’t have spoken to you in such a manner during your wedding feast.”

Abraham reached over and patted his arm. “You are forgiven, my son. Now, go enjoy yourself.”

He gave a short nod to Keturah. “May Elohim bless your union.”

She closed her eyes and dipped her head.

As Isaac made his way through the crowd, he waved off the offerings of food and more drink. The overwhelming sense of joy and merriment of the crowd grew too strong for him. Without word to anyone, he retreated to the place where the flocks had been taken.

Among the bleating of sheep and various other livestock, Isaac found a stillness that was all his own. He’d rather spend every moment of the day among those who followed him than plaster on a false smile with those who only sought his father’s wealth.

He checked on each creature as he wound his way through the stalls. The animals yielded to his touch and none of them sought to betray him. They cared nothing for riches as long as their bellies were full.

His female dog trotted over to his side and rubbed against him.

“I don’t understand why Abba would want to get married at such an advanced age anyway, Tira.” He scratched her head. “I’m thirty-seven and he’s never even discussed my betrothal.” His gaze stretched over the open field before them. “We’ve been so many places and seen our fair share of what this vast land has to offer.”

Tira huffed at him.

“Don’t get me wrong, the women here are quite beautiful. It’s just that they seem so…well…empty. They have no fire, no life in them.” He stroked his dog’s thick fur. “I’d like a wife more like Ima. She had such life.” Dampness blurred his vision and his head started to pound. He rubbed his forehead. “I guess this life of travel wouldn’t be very fair to a woman from Canaan. They have wonderful stone homes to protect them. Not like us who sleep in tents and travel wherever Elohim tells Abba to go.”

“Yet, Abba has selected a woman from among them for himself.” He sighed and leaned his forearms on the makeshift gate to watch the evening sun start its descent. “I’m the chosen seed of this new promised line, yet without a wife and with Ima now gone, it stops at me. Maybe Hagar was right, maybe Elohim will choose her son, Ishmael, over me. He’s already married and has born sons.”

The large dog put her paws on the gate and pressed her cold, wet nose to his cheek.

He nuzzled her back, then allowed his gaze to return to the distance. “I don’t see much life here now for me. Abba will be too busy with his new wife and I’m old enough to be on my own. Perhaps it’s time to be moving on.” Isaac rubbed his dog’s head hard enough to cause her ears to flop back and forth. “Maybe we’ll pay a visit to my brother, Ishmael.”

“Ishmael?” a deep voice caused Isaac to turn around. Abraham stood about a stone’s throw away. “When I couldn’t find you at the feast, I assumed you’d be here. What were you saying about Ishmael?”

Isaac leaned back against the wall. “I’m planning a visit to see him.”

He looked to his sandals. “I think it’s time I took my leave of this place. You will need space for your new life, and I need to start mine.”

“But where will you go?”

“To see Ishmael first. There are plenty of lands down near Beerlahairoi. Perhaps I’ll settle there for a while.”

“Have you sought Elohim in this matter?”

Isaac paused. The truth was Elohim had never spoken to him as He spoke with Abraham. The invisible, practically unknown deity had chosen to remain silent to everyone except his father. Even if Isaac had taken the time to seek guidance, he wasn’t sure if he’d receive an answer. “No.”

“I think you should. Such decisions should not be made on a mind soaked in wine.”

The throbbing in his head reminded Isaac of the many cups he had emptied at the feast. He rubbed his forehead with the heel of his palm. “Maybe you’re right.”

Abraham gave a sharp nod and left without another word.

Isaac turned around and set his arms back on the gate to watch as the first star came out. “Elohim, I don’t know if You’re listening, but Abba says You do. You probably won’t speak to me like You do to him, but I am asking for Your guidance.” He rubbed at the increasing ache in his head. “I don’t really know how You will respond, but I believe I should leave Hebron and head south. There is more room for me there and perhaps a new life.”

The stillness was invaded only by the lingering sounds of the wedding feast still taking place in the open field.

He sighed. No voice broke through the night to reach him. 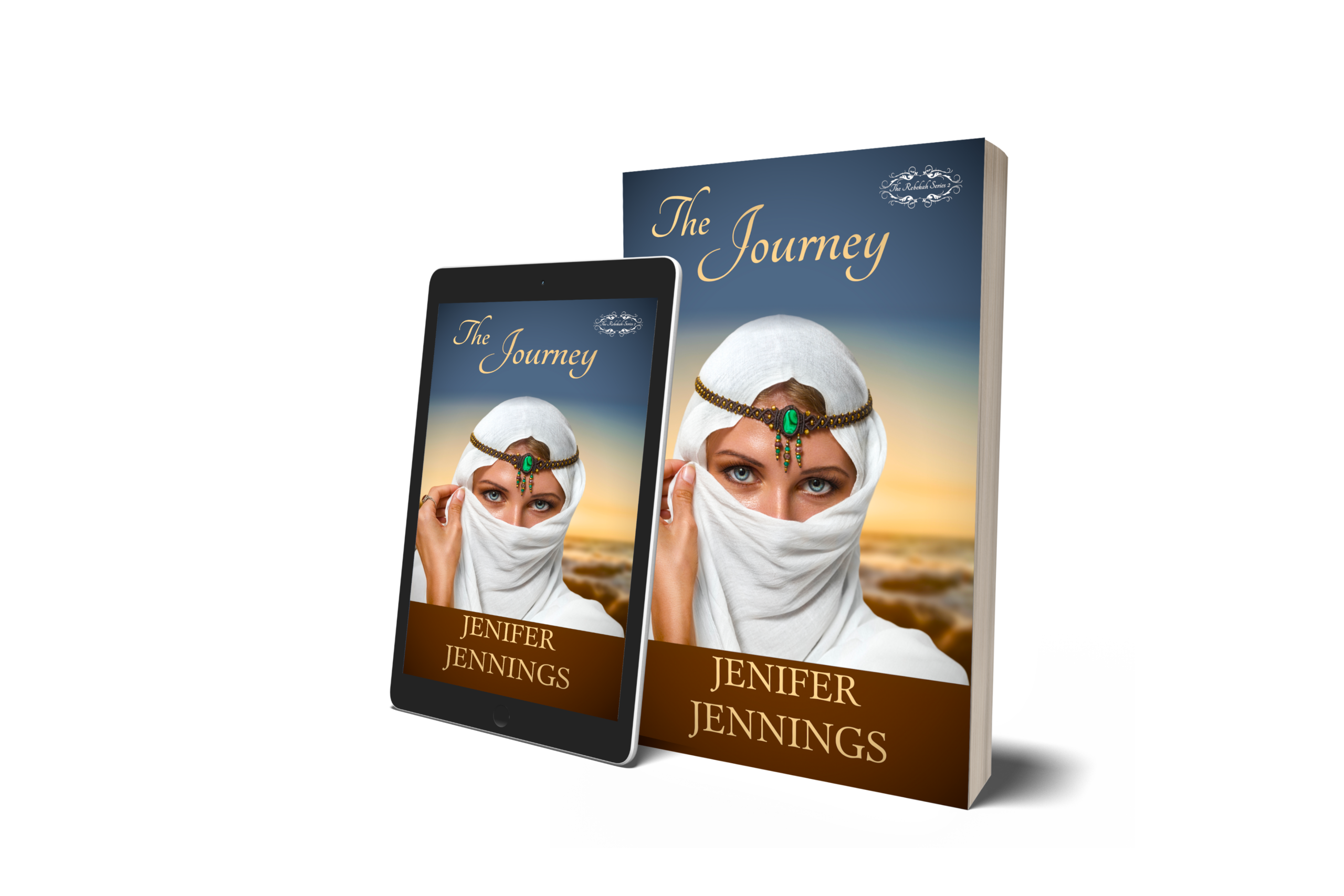